The Shift, a website that covers the digital shift and the on-going industrial revolution, is interested in what Vaasa and its companies has to offer the world. Thanks to a new collabration Vaasa Insiders readers can find out exaktly what the Shift recently wrote about the region of Vaasa; Enjoy!

The international climate movement must embrace humanity’s potential to innovate its way out of the global warming crisis.

That’s according to Finland’s Triinu Varblane, who’s on an EU industry exchange to bolster collaboration between Australia and the Nordic region’s cleantech energy sectors.

“Technological innovations and new solutions, through collaboration and education that’s how we will make a difference in the future.”

Finland has recently vowed to make the country carbon neutral by 2035, one of the most ambitious targets set across the globe. But, a nuanced and economically sustainable approach is imperative according Ms Varblane.

She believes the popular climate movement being championed by activist Greta Thunberg and the extinction rebellion has noble intentions, but can be reductive.

It comes with a mindset weighted too far towards constraining human activity, which she says risks stifling potential technological solutions to climate change.

“The only thing we can be sure about is that everything will change, so our mindset should be much more positive,” she says.

“We should not be afraid of new products. We have to adapt to include new technologies into our lives.”

We have to adapt to include new technologies into our lives.

She cites the airline industry, often shamed by climate activists, as an example where a less reductive and more progressive approach would lead to better outcomes.

“There are options for flying in the future, which we are testing now, such as electric planes. Norway has already ordered 16 of them,” she says.

The Business Development Manager represents more than 250 cleantech energy companies from Finland and Sweden, as part of her roles with industry associations, Merinova and Future Cleantech Solutions.

Ms Varblane, who is being hosted at Melbourne’s RMIT University, as part of the EU’s staff exchange program, OpenInnoTrain, believes Australia’s cleantech energy sector can play a key role in addressing the global climate challenge.

“In terms of driving clean technology innovations, Australia is a leader in university industry-partnerships that also collaborate internationally,” she says.

Particular sectors of interest include the development of clean energy technologies across the mining, professional scientific services and manufacturing sectors.

But it’s work, which isn’t properly being recognised on a global level, she says.

“Everybody knows why to go to Australia as a holiday backpacker, but the benefits of coming here as a company, organisation or university focused on clean energy, should be just as well known,” she says.

“When I go back, I’ll be like a small ambassador for Australia.” 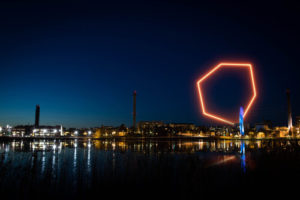 “While I’m here, I’m like a small ambassador for Finland, the rest of the Nordic countries and for the EU.”

“During the next year there will be many representatives coming over to Australia, to learn and to connect our companies and organisations with Australian organisations.”

And while the Nordic region is eager to glean the latest in research and development, she believes Australia can be informed by Finland’s determination to implement such cleantech solutions, to move away from fossil fuels. 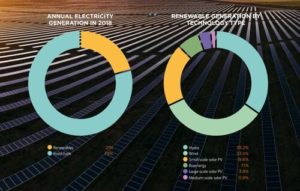 “It’s the first time ever, I’ve come to Australia, and what I’m seeing is incredible, so much free resources.”

“You have the resources and you just let the energy flow away.”

Sentiments echoed by the latest report from Australia’s Clean Energy Council, which states despite falling costs and record-breaking investment, fears remain that the billion-dollar economic boom from renewable energy could come to an end if the energy policy debate is left to languish unresolved.

“The countries who invest in these technologies are the forerunners and they will be the winners in the long term,” Ms Varblane says.

”In Scandinavia, we believe that the solution for the future is new technology and innovation, together with research and education in a public private partnership.”